JSC «Gazstroyproekt» - Russian company, founded in 2007 with the aim of carrying out production activities for design and construction in the oil and gas industry. It implements projects for the construction of oil pipelines and gas pipelines, pumping stations on the territory of the Russian Federation, as well as carries out reconstruction and repair of oil and gas transport facilities. It provides services related to the transportation of equipment and materials, all types of transport.

In 2014, in the light of the next meeting of directors, the company decided to implement a fundamentally new website, setting a number of complex, non-standard tasks. The KitchenCoders team from St. Petersburg was selected as the executor. 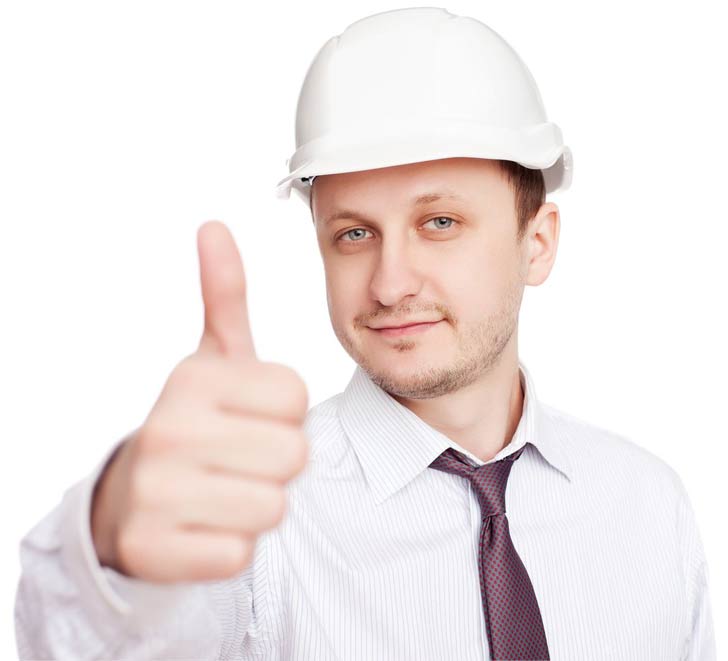 Taking into account the intensive development of the company, the modern Ruby language with the Ruby on Rails framework was chosen as the platform for the project. Owing to its peculiarities, the chosen tool helped to quickly implement the “framework” of the project, using a combination of the latter with Semantic UI and Bootstrap 3. “To revitalize” the client part, a hybrid of Angular JS and jQuery was used, as well as several independently written extensions for JS.

Perhaps the most difficult in this project was the implementation of the integration of API Head Hunter (Russian job exchange) with an internal personnel management system. Both systems offer a standard RESTful stack, which simplified and accelerated the solution of the problem.

REST (abbr. From English. Representational State Transfer - "transfer of the state of the presentation") - the architectural style of interaction of the components of a distributed application on the network. REST is a consistent set of constraints that are considered when designing a distributed hypermedia system. Using the HeadHunter API, we were able to obtain information about applicants and companies, as well as use the HeadHunter functionality for the SHG website. Oauth 2.0 authorization allowed to implement a data exchange stack without storing login and password (only tokens).

In turn, on the side of the website (web application) of Gazstroyproject JSC, an API interface was built with methods for interacting with the customer’s CRM system. In particular, CRUD (the abbreviation Create, Read, Update, Delete - “Create, Read, Update, Delete”) methods for receiving vacancies from HH, archiving old, updating existing ones. Architecturally (for security reasons), it was decided not to let Head Hunter directly interact with the internal personnel accounting system, instead of making the website a proxy element. This increased the reliability of the bundle and unloaded the HR program.

The staff of the Joint-Stock Company is two generations of employees at once (energetic young people who understand modern technologies with the “you” technique; as well as more experienced, well-versed people, but more conservative and accustomed to the “old interfaces”). Data exchange models had a lot of “without interface” logic, but where the UI was needed, several solutions were proposed. Modern frameworks (for example, Semantic UI, Bootstrap 3, Material Design) offer a wide range of options (from choosing a button size and placing certain elements to exclusive control elements - checkboxes, radibatons, spinners, etc.). Semantic UI satisfied all customer requirements!

As a result of the work done, previously developed corporate identity elements (logo and color palette) were saved, and with the right combination and recommendations for use, brilliant results were obtained. Integration with the internal system reduced the burden on the Human Resources Department by approximately 25-30 percent. 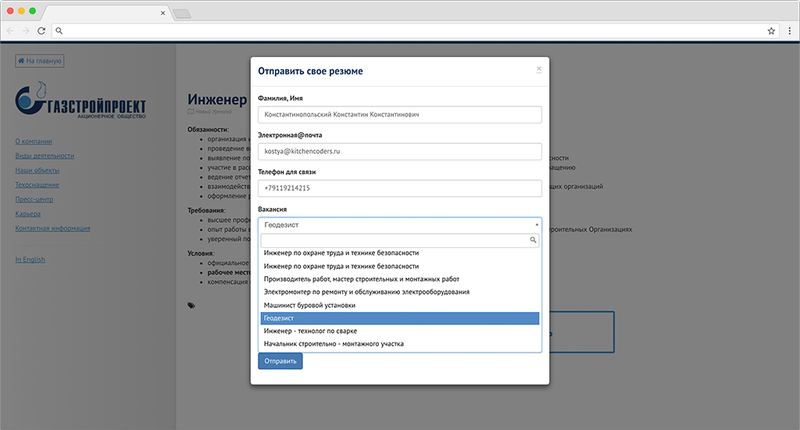